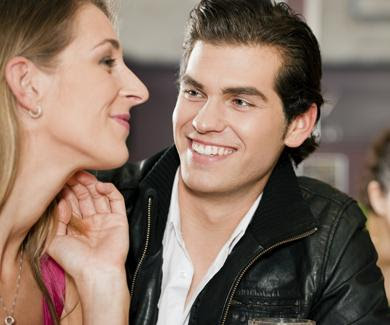 Dating a younger woman is never easy, but it can be rewarding if you and your partner truly love each other and work hard for it. If you want your relationship to be stronger and last longer then you might want to keep the tips below in mind.
Tip #1: Stop carping about the age difference.
Just let it go. Expect many people will make a huge fuss about the fact that you’re dating a younger woman. Let them say what they say but don’t let any of their words get to you. The moment you do, you’ll end up carping about the age difference to your partner. At her age, you can’t expect her to be the mature one and be understanding of your concerns. When she gets older, she’ll understand what you’re going through. But until then, it’s all on you.
Tip #2: Be financially gallant.
Let’s face it. When you’re dating a younger woman, it automatically means that you have to pay most of the time. Even if she insists on doing otherwise, it would be unfair for you to let her pay often because you’re sure to earn more than whatever her allowance is. And even if she’s out of school and literally earning more than you do, it would still seem ungallant to let her pay too often.
Also, women love to be spoiled and that’s one way you can be the better choice over younger guys. Spoil her by being financially gallant. Don’t think that you’re buying her love, though. You’re not. You’re just showing her you love her in another way that other guys can’t afford to. That’s their problem, not yours.
Tip #3: Take the time to get to know her world.
When dating a younger woman, it would seem like that you’re coming from different worlds. This is especially true if she’s still in school. Since she doesn’t have to worry about earning money yet, she may be more focused on having fun and exploring new things. You can’t blame her for that. Surely you remember the time you were like her, too?
At this point in time, you just have to make a special effort to reconnect to that old part of your life and have fun with her.
Tip #4: Befriend her friends.
You have to understand that friends matter very much to younger women. When dating a younger woman, you have to be careful about making the right impression on your partner’s girlfriends. If they think you’re being too controlling, they could poison your girlfriend against you.
Ultimately, the only way to make sure that you don’t get on their bad side is to befriend them. Be understanding of their quirks the way you try to understand your partner’s. But don’t try too hard either because that will make you seem like a wimp. Just in case you need reminding – younger girls don’t respect wimps.
Tip #5: Don’t act like her father.
For that matter, don’t act like her older brother, teacher or any other authority figure. When dating a younger woman, it’s easy to get carried away and say you know better because you’re older and more experienced.
If you want what’s best for you and your partner, don’t do it.
Want Dating younger women , Girls or older men ,  Visit  Older Men Younger Women Dating Site Review site [http://www.oldermenyoungerwomendatingsite.com/]  for all the latest information regarding dating younger women.
Posted by younger women looking for older men at 10:42 PM No comments:

A lot of men want to know how to successfully attract younger women. As men get older they seem to want to go for someone younger.
The first reason being that it revitalizes them and makes them feel more energized. The second reason is because we are naturally more attracted to healthier people and age is a big factor in that.
For all the men out there who want to start dating women in their early to mid twenties I will tell you…
3 Ways to Successfully Attract Younger Women
1. Change Your Style
If you want to start attracting a younger generation then it’s important to dress a little more hip. Remember, you don’t want to overdo it or else you will look like a fool. Instead, check out the latest GQ magazines or even check out what some male celebrities are dressing. Those ideas will give you a younger and a more fresh look.
Furthermore, shave off your beard and/mustache. The key to attracting younger women is to look as young as you can. If you’re balding then go ahead and shave off the entire scalp. Again you want it to look as fresh as possible.
2. Remove the Defeating Beliefs
A lot of men feel they aren’t “worthy” of a younger woman. They tell themselves they feel ridiculous talking so someone so young or they “feel old”. Women are very intuitive creatures and will pick up on those internal thoughts. And your thoughts tend to come out in the things that you do.
My best advice is to re-frame your thinking and start believing that it’s possible for you to accomplish such a task. Men around the world are dating younger women all the time.
Why can’t you?
3. Embrace Your Masculinity
The most attractive trait you have as a man is the fact that you are a man!
What does this mean?
Women are attracted to your alpha male features. This means you need to be confident, be in control, take the lead, be non-reactive to a woman’s tests and most importantly own up to your faults.
One of the reasons why women go for older men is because they are mature and have strong character. As an older man we have grown into ourselves and can take care of the obstacles in our life. Younger women find this extremely appealing. So, the next time you see a younger woman, don’t hide your age and be real with the things you say to her. You will be surprised on how it will turn out.
Want Dating younger women , Girls or older men ,  Visit  Older Men Younger Women Dating Site Review site [http://www.oldermenyoungerwomendatingsite.com/]  for all the latest information regarding dating younger women.
visit  younger women looking for older men, younger women looking for  sugar daddy  dating site -  youngerwomenwitholdermen.com  to date younger women, older men, sugar daddy.
Posted by younger women looking for older men at 7:52 PM 4 comments: 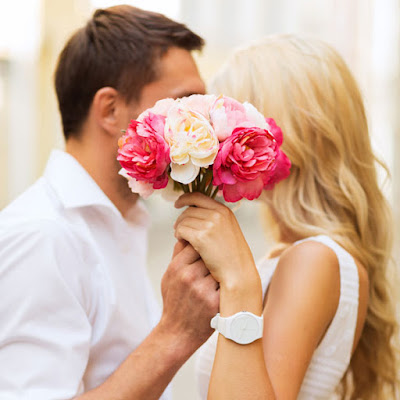 Although large age gaps in relationships can correspond to conflicts in values, priorities and lifestyles, “May-December” relationships can also have advantages for both the man and the woman. When both parties are able to communicate their needs and reconcile differences in perspective, while dealing with the potential social stigma, such relationships can be as long-lasting and healthy as any other romantic partnerships. Indeed, studies by the Max Plank Institute of Germany have even found that such age-disparity relationships can lead to older men living longer.

For older men who spent their younger years building their careers or who spent time with partners who did not want children, younger women can provide the opportunity to start families. Although older men might find the challenge of parenthood more physically straining than younger men, an older father can offer his children and partner maturity and wisdom.

Older men who enjoy sports and other active recreational activities may have difficulty finding same-aged partners who share their interests. In such situations, a younger woman may be more capable of sharing in these active hobbies. Indeed, the University of California at Santa Barbara found that older men who date younger women tend to live longer and maintain healthier lifestyles than their counterparts who date older women.

Because older men are generally more ready to settle down and establish a home than young men, this can be a benefit if both partners are looking for a quick and steady commitment. Although differences in maturity may prove difficult for some couples, particularly those where the female is in her early 20s and lacks significant life experience, such relationships may be a good fit for others couples — a woman in her 30s with an established career and a man in his 50s, for example.

Both older men and younger women may enjoy the different perspective that their partners offer. While an older man may be invigorated by a younger woman’s youthful vitality, a younger woman may appreciate her partner’s seasoned perspective. Moreover, mutual attraction can lead to a dynamic and fulfilling relationship for both partners, both physically and intellectually.
Want Dating younger women , Girls or older men ,  Visit  Older Men Younger Women Dating Site Review site [http://www.oldermenyoungerwomendatingsite.com/]  for all the latest information regarding dating younger women.
Posted by younger women looking for older men at 6:57 PM No comments: 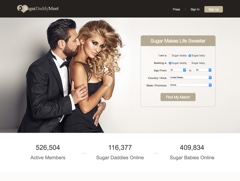